She says I attacked her??

Marilyn has repeatedly attacked me and then acts like a victim. I have been told by Rodney Moore that she told him not to shoot me, not that it worked. And then I got these emails from JeffsModels about her lying to him. 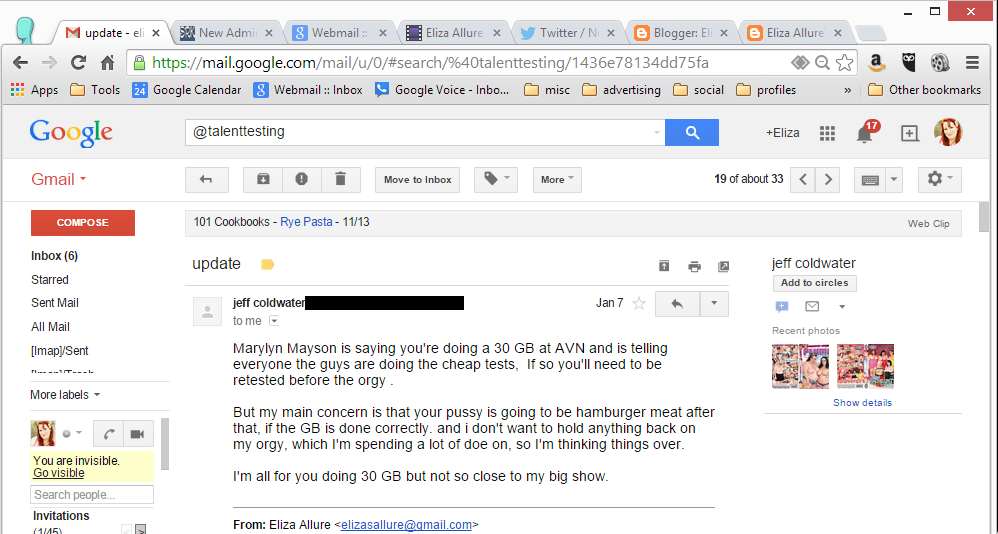 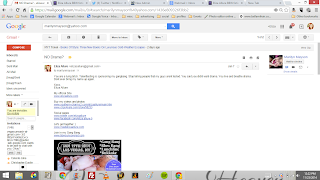 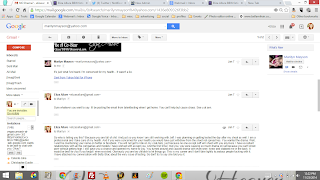 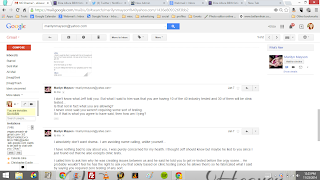 After all this bs I reached out to Marilyn again to try to smooth things over. I really just wanted her to stop acting fucking insane. She has this weird jealousy issue with every girl she meets. She used to tell me constantly to lose weight and that if I did maybe I would get shot more. Which is pretty funny since Ive gained 90lbs and still get shot by more and more companies. Its was fairly obvious that she didn't like that I was way fatter than her yet still as popular if not even more ;). At Avn she saw how many people like me and were coming up to me and she was sitting all alone in the corner because like I have said she has a stink attitude to any other model because of her bad self esteem. She walked over and begged me to forgive her so I did. This year she asked to sit with my group of friends lol because she literally has no friends. That doesn't just happen...... A lot of models have given her a chance and she shows her ugliness inside. 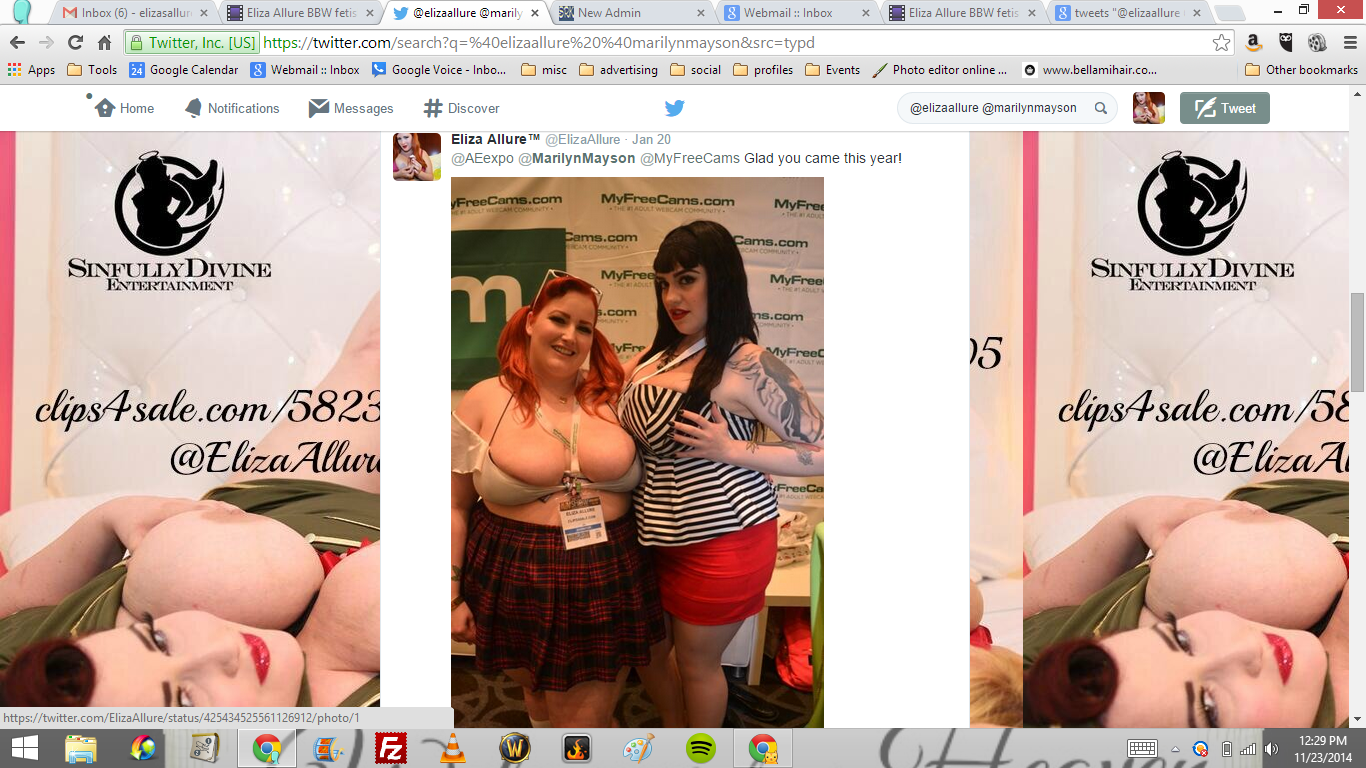 I allowed her to get some pics taken with me so she could show everyone we made up. She put it on twitter that we were not fighting and that I never stole her dress that she tried to say I did and pretty much just said she lied and she was sorry. 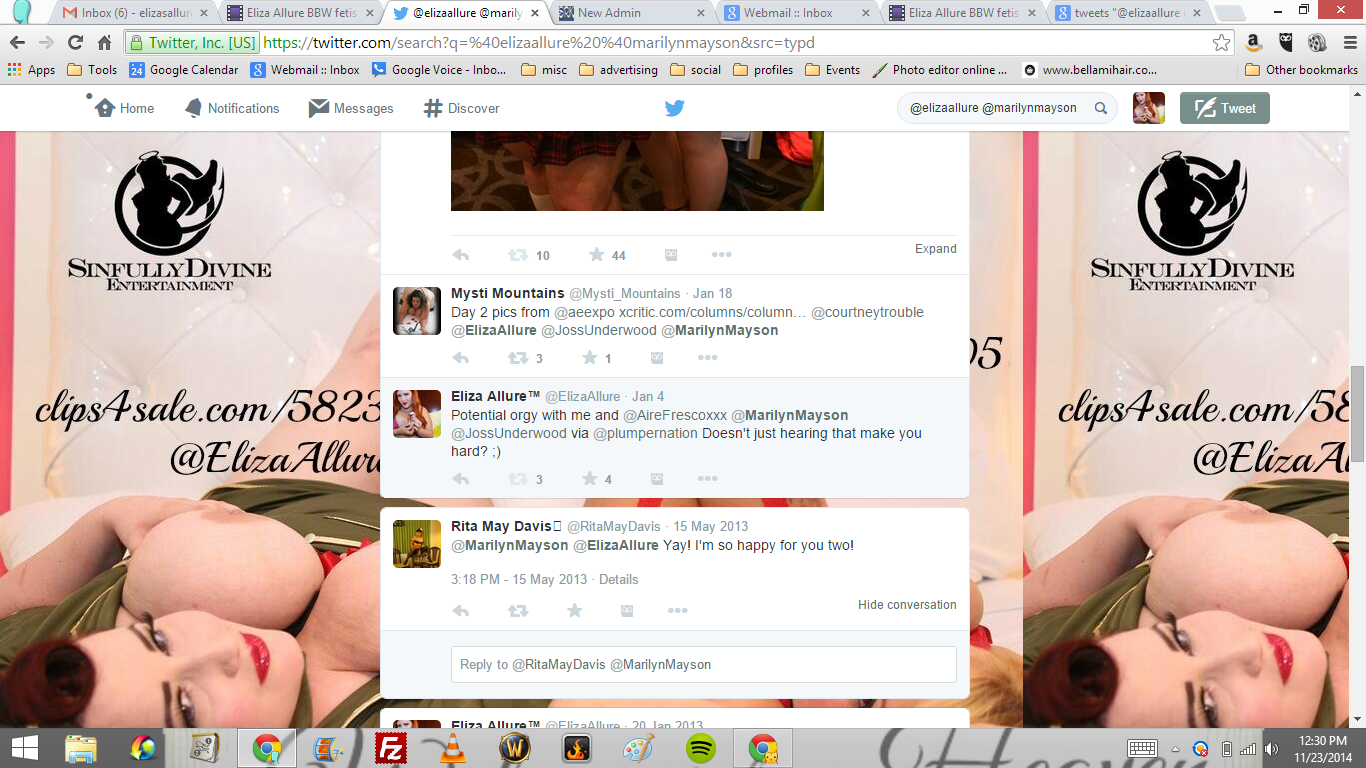 Here is where the conversation was. She has since deleted it. She likes to cover up her lies by deleting her tweets. I never delete mine. they are there for everyone to see.

When she was staying with me in vegas for my first avn 2013 she was shopping at burlington coat factory and just walked out with a sweater on. Like its hers because shes Marilyn and she wants it. Who does that??

That same avn she tagged along to a party I had vip invites for at the hard rock. She decided to leave me and go walk around the party. When she tried to get back up to the VIP section security stopped her. She was rude and conceited to him so he was rude right back. She made a huge scene and after a lot of crying she got him fired.

She tried to talk shit about me escorting but I know for a fact she escorts with her fans. The fan who picked her up from the airport and brought her to my place during that time saw her right before. She told me that he fucked her for $300. She also said she posted ads for escorting with her face and tattoos blurred out because she didn't want people to know she was doing it. She is a hypocrite and likes to put other women down. She called me a cheap prostitute on twitter and said many gross things about my child. She is really a disgusting person.

I have never attacked her looks because this is not what this is about. I am not being petty. She is gorgeous but crazy. But she does not do the same. She constantly posts things about how disgusting my body is on her twitter and how shes glad she didnt shoot with me. Her hatefulness is a reflection of her low self-esteem. I am more than happy with my big beautiful body.

I am not the only model who has had to find out the hard way about Marilyn. Believe me or not just be wise and aware when she is around.... 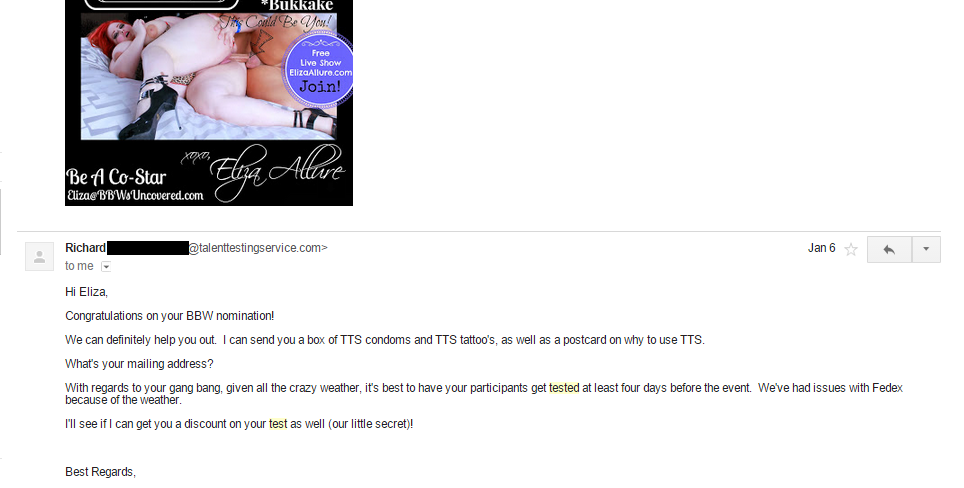 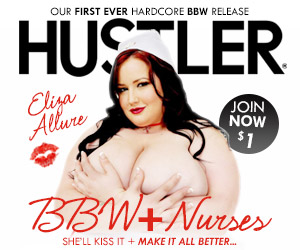 Show Your Love to Eliza